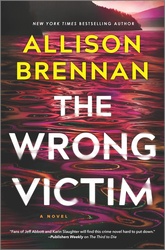 A bomb explodes on a sunset charter cruise out of Friday Harbor at the height of tourist season and kills everyone on board. Now this fishing and boating community is in shock and asking who would commit such a heinous crime--the largest act of mass murder in the history of the San Juan Islands.

Accused of putting profits before people after leaking fuel that caused a massive fish kill, the West End Charter company may itself have been the target. But as special agent Matt Costa, detective Kara Quinn and the rest of the FBI team begin their investigation, they discover that plenty of people might have wanted someone dead on that yacht. Now they must track down who is responsible and stop them before they strike again.