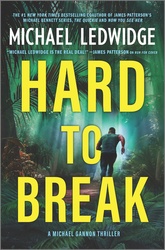 Mike Gannon always wanted to go to Alaska. That’s why when a bucket-list grizzly bear trip to the Klondike comes up, he’s on it with both feet. But as he arrives up in the northern wilds, he discovers other hunters are there. And they’re not looking for grizzly.

Soon Mike finds himself alone and captured on a corporate plane heading southbound for an incredibly lethal encounter that is about to blow his mind before it tries to blow him away.

Mike’s enemies are in the driver’s seat until they realize they overlooked one simple thing: Some men are easy to handle, but there are other men who are…hard to break.