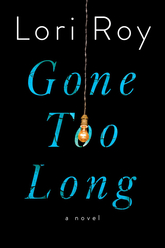 On the day a black truck rattles past her house and a Klan flyer lands in her front yard, 10-year-old Beth disappears from her Simmonsville, Georgia, home. Armed with skills honed while caring for an alcoholic mother, she must battle to survive the days and months ahead.

Seven years later, Imogene Coulter is burying her father—a Klan leader she has spent her life distancing herself from—and trying to escape the memories his funeral evokes. But Imogene is forced to confront secrets long held by Simmonsville and her own family when, while clearing out her father's apparent hideout on the day of his funeral, she finds a child. Young and alive, in an abandoned basement, and behind a door that only locks from the outside.

“This compelling, issue-oriented story by Edgar Award–winning author Roy is a creepy, eerie account of a young girl and a community held hostage by the Klan.”-Library Journal (starred review)

“A riveting mystery, brilliantly crafted and weighted with real-world resonance. . . . A timely thriller that will stay with the reader long after the last page has been turned.” -Kirkus (starred review)

“Filled with a creeping, entangling sense of danger. It’s the kind of writing you would expect from the Edgar-winning author, but it's made even more powerful here, filled with the purpose of exposing a hateful legacy and issuing a timely warning of its historical ebb and flow.” -Booklist (starred review)