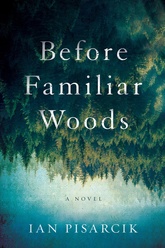 Release Date: February 4, 2020Presales available for members only. To purchase this title, please log in or join now.

Dying in a dying town

On the outskirts of town, the boys were found dead inside a tent. Three years later, their fathers disappeared.

Ruth Fenn's son was the boy they blamed. For three years, Ruth has accepted her lot as pariah, focusing on her ailing mother and the children left in her care by the struggling single parents of North Falls, Vermont. But as she edges closer to the truth, she begins to uncover some secrets that are better left buried.

That's when she meets Milk Raymond, a war vet who comes home to find his nine-year-old son abandoned by his mother. As these unsettled and interconnected lives hurtle towards a devastating conclusion, both Ruth and Milk are about to learn that their dying town has more secrets than they ever thought possible.

“Pisarcik wields a poet’s eye, stacking images for a novel that flips and turns like the pages of a photo album. Before Familiar Woods is ripe with unforgettable characters. This is a debut to savor.”—David Joy, author of The Line That Held Us